We’re heading out west to where land is plenty, and white dudes named Charles from Massachusetts can insist on being called ‘Don Carlos’ and still somehow be taken seriously in society! Charles Lummis was, among many things, intense (INTENSE) workaholic, prolific writer and journalist, Native rights activist and historic preservationist, and also someone who built his own house out of river rock and cement and other stuff he found on his daily walks, because what else was he supposed to do while working himself up to a paralytic stroke, amirite? The resultant El Alisal, a DIY Arts and Crafts house with a river rock facade and a round tower is the striking– if a tad precarious– result. 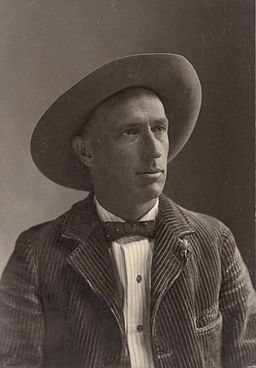 And it’s all homemade!

Actually has some nice height. Though he was also apparently pretty short.